You are here::HomeGambling struggles in the European olive belt
Previous Next

Gambling data compiled by Global Betting and Gambling Consultants for its Global Gambling Report shows starkly the impact of the Eurozone crisis on the southern European ‘olive belt’ countries of Italy, Spain, Greece and Portugal.

From 2001 to 2009 all four markets gambling saw the benefits of being in the Eurozone during the boom period and the expansion of gambling and new regulation, especially in Italy. Between 2001 and 2009 total land-based gross gaming yield (GGY) for these four markets rose from EUR 16.4 billion to EUR 27.3 billion.
Much of this growth was driven by the extraordinary performance of gaming machines in Italy which went from prohibition in 2001 to EUR 10 billion in GGY by 2012. Indeed, Italy’s policy of gambling expansion over the last decade has helped mask some of the dramatic declines in the neighbouring markets. 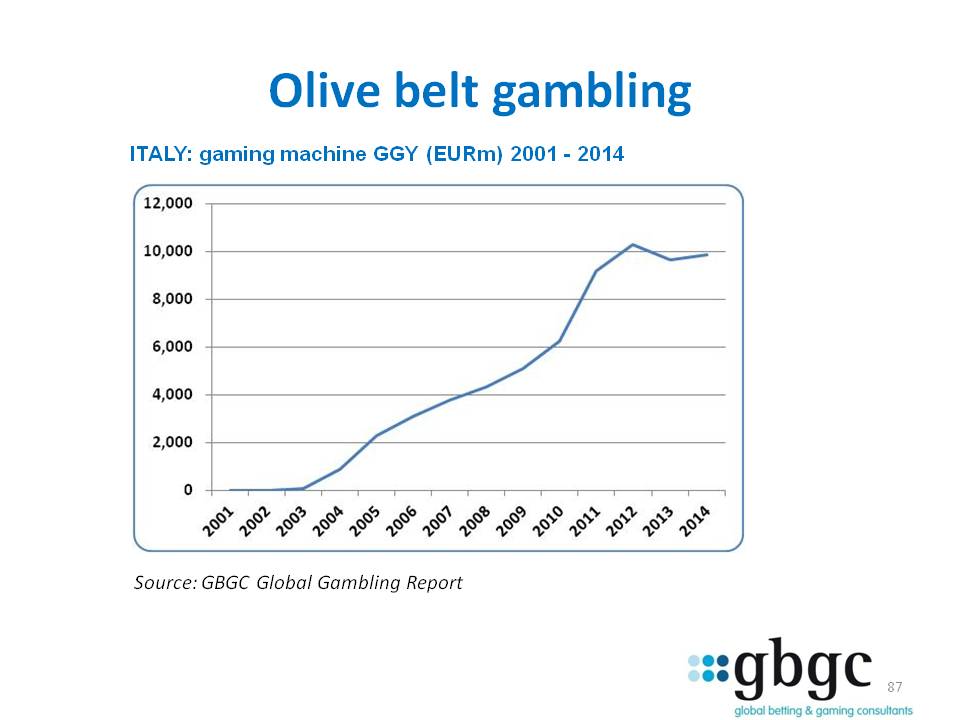 Horseracing has been particularly hard hit in these markets. In 2001 horseracing was nearly a EUR 1 billion market (by GGY) but was worth just EUR 200 million by 2014. 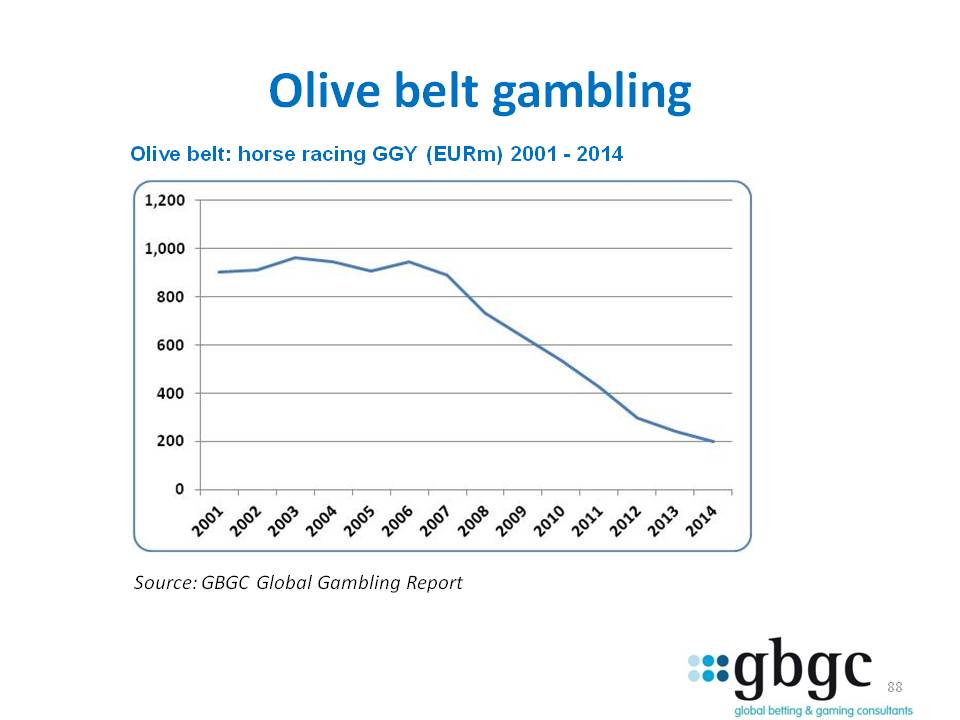 GBGC Olive belt horseracing GGY State lotteries have proved more resilient but have still fallen from a peak of EUR 13.4 billion in 2009 to EUR 10.7 billion by 2014. 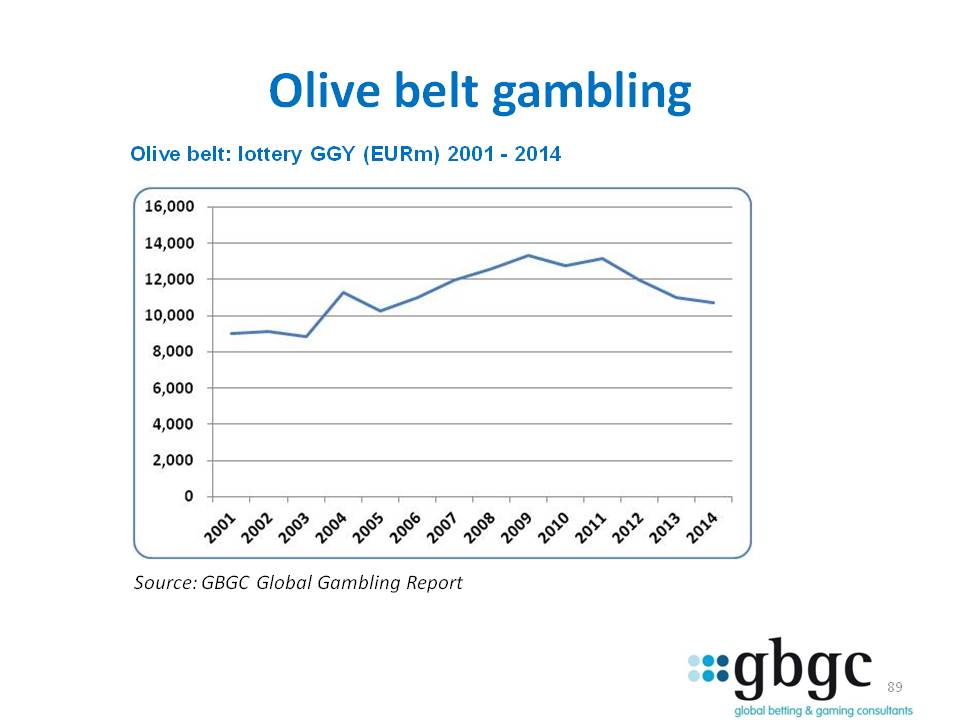 Portugal and Greece will be wishing that their recent internet gambling regulation will replicate some of the success that Italy has had in contributing new tax revenues. Spain has recently permitted online slot games, which it will hope will invigorate its internet gaming sector.