You are here::HomeUncategorisedRecord duty paid by UK gambling
Previous Next

Several sections of the media and parliament have made it one of their new year resolutions to give the UK gambling industry a good kicking. Already in the first few weeks of 2020 the use of credit cards, streaming of football matches, use of age verification databases and VIP schemes have been the subject of attack.

But HM Treasury is doing very well out of UK gambling. In 2018 it collected almost GB£ 3 billion in betting and gaming duties – a record amount. On top of that there are the tax and contributions made through employing more than 100,000 people.

Machine Games Duty (MGD) contributed 24% of gambling duty and Remote Gaming Duty contributed 18%. In 2019 there were policy and tax changes in these areas which will alter the amount these sector’s contribute. First, the stakes on B2 machines were restricted to GB£ 2, which will likely lower the amount of MGD paid. To counter this, RGD was increased to 21%. 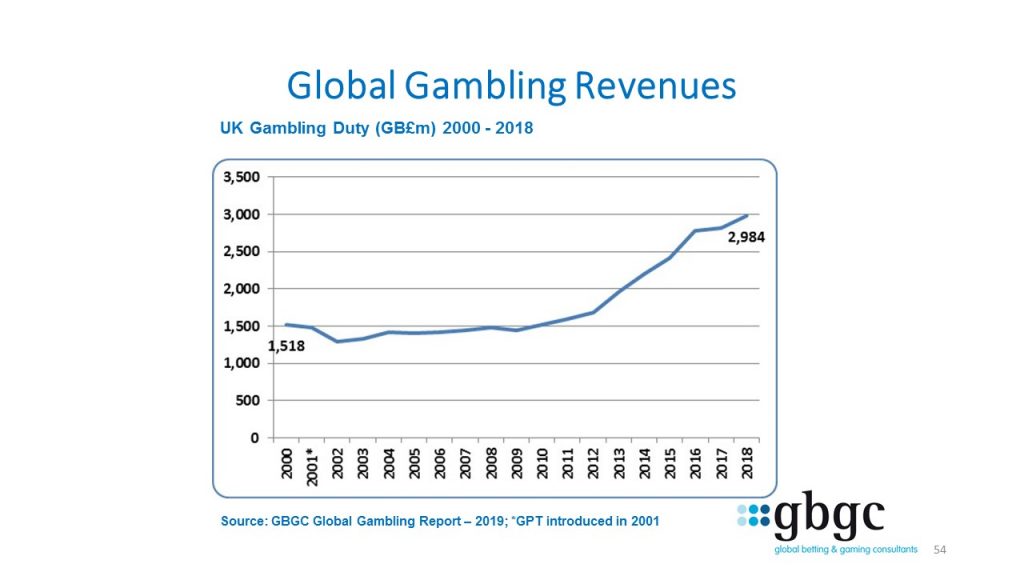 One further idea being proposed is a restriction on online casino stakes, similar to that of B2 machines. Such a move would reduce the amount of RGD collected. It could lead to a cycle of ever-increasing tax rates, as the government tries to maintain the tax take.